← more from
Memory Music
Get fresh music recommendations delivered to your inbox every Friday.

from Live Forever by Bartees Strange 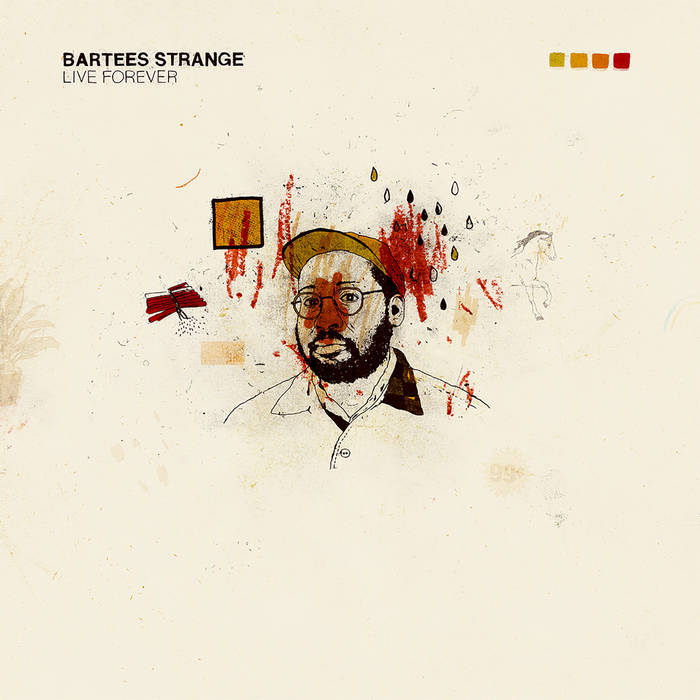 Berlin City where I saw the finer things
Candy lip I swear she taste like Tangerine
Throw a rack on baby wrist so she the ting
Broke ass nigga but I got versace dreams, does it lean

I hit a lit bruh, I can’t afford ya, why we afraid love they don’t believe ya
When I was sidelined, no one believed me
But now I got posters, lil baby neck gleaming
That aint a snack, lil baby a meal
I rent out the lear, would take you a year
See im in berlin, and I’m sitting sideways

Don’t you come up out the crib if you aint strange babe
You gon’ miss the wave babe
Yahhhh babe yaahh babe
You dont leave the crib you’ll miss the strange wave
That’s what I think babe
Broke ass nigga but I got versace dreams.

Put that on Clapton my niggas Cream
Cash rule the world so I gotta beam
Ultra light mommy from Medellin
They call me chapo I got the beans.

Jetton’ stateside for the kickback
meet ya daddy momma cousin all that
Make a quick pit stop get get my brick back
Put that on my momma we don’t slip back.

Don’t send your bitch to a god
Buss it down right on my cross.
And if she don’t leave the crib she’ll miss the strange wave
That’s what I think babe
Broke ass nigga but I got Versace dreams

Little Brother joins the show to discuss their beautiful journey, plus tunes from Fat Tony